Velma was our first champion from our breeding.
"E-Vels" finished  her championship with several majors to her credit.
On April 16, 2007 Velma gave birth  to a singleton, puppy our Calah who has been awarded her AKC and UKC championships .
Her second trip to the nursery produced another singelton,  our Prince who recently earned his UKC and AKC and AKC Grand Championship and did very well during his "Specials" career. 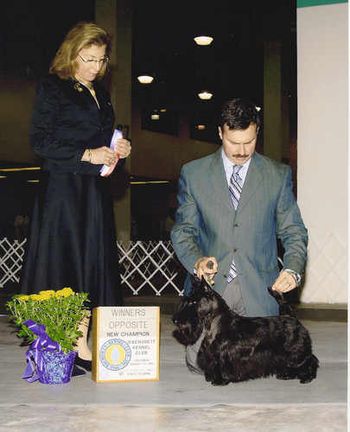 Velma acheived her championship under Judge Cindy Vogels and how fitting, this distinguished judge gave Velma her very first championship points as a pup. Velma received back to back majors that wknd and we all celebrated in high style. 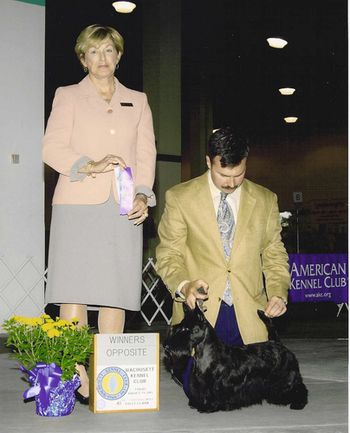 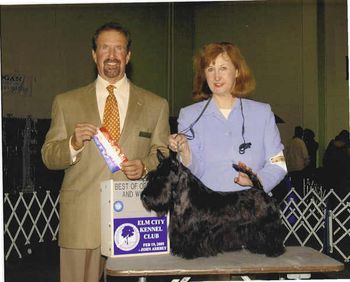 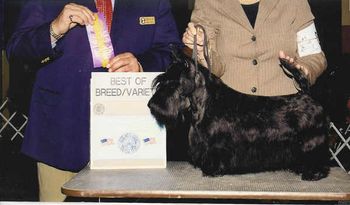 Velma is awarded Best of Breed at the Sawmill Show in White Plains, New York. Gail remembers traveling through a horrible snow storm that weekend to get to the show. Thank you Judge John Wade! 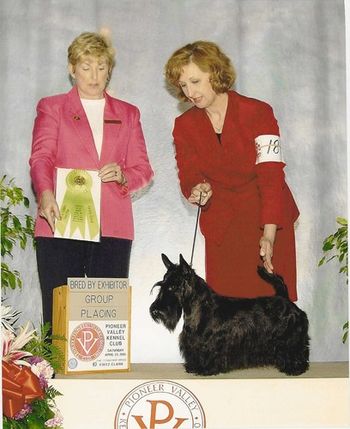 Velma was awarded Terrier Group3 in the Bred By Class. What an honor! Judge Charlotte Patterson honors us with the win. 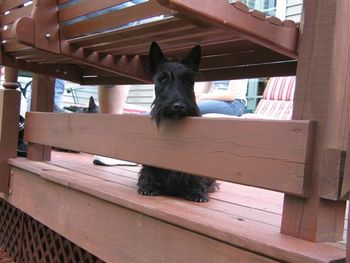 Velma is on patrol for renegade squirrrels on our back deck. 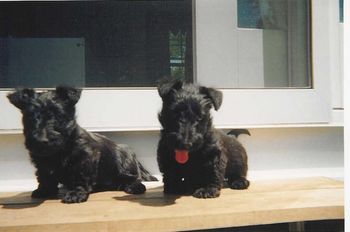